Home » AMID A WAR, LOWER SUPPLIES AND HIGHER DEMAND, WILL PRICES STAY HIGH? 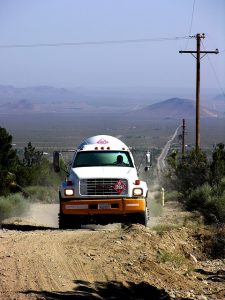 Trending in Propane asked J.D. Buss, president of Twin Feathers, if he expects propane prices to remain high this year. In an attempt to answer the question, Buss shared these factors that could keep the bullish train driving to higher levels:

1. Failure to see a demand curtailment. The IEA has already brought up 10 major points to reduce consumer demand in an attempt to lower the call on crude supply. However, we see efforts in Germany and even the U.S. to lower taxes or fees on fuels that will likely keep demand at more elevated levels. If we see efforts to continue to reduce fuel taxes or subsidies, then demand curtailment will take longer to occur and extend the potential bull market.

2. Long term efforts to reduce dependence on Russian energy products. At face value, this should be a bearish impact on crude and commodity prices. However, the short to medium term impacts could be very bullish as the global markets work to redistribute global supply of crude and LNG while avoiding any downtime – actions that will likely demand higher prices.

3. Continued focus on a strong “green” energy solution that fails to consider a fossil fuel transition period. Most people would have expected a comment regarding the continued conflict between Russia and Ukraine. While certainly a concern, the lack of production investment due to uncertainty of future return on investment keeps producers returning cash value to investors rather than placing those funds into production assets. A lengthy “failure to curtail demand” (mentioned above) along with a true, renewed call for higher LNG production could ultimately drive higher production, but until then….watch out for prices to keep rising. 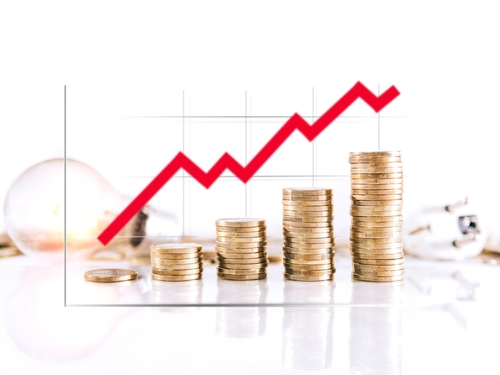 Rich Goldberg, President of Warm Thoughts Communications, was very new in the propane industry when he attended Congressional Hearings regarding price spikes in December 1989, one of the coldest months on record in the U.S. Not long after January 1990 began, temperatures rose and prices plummeted. Since then, Goldberg has helped energy providers deal with the fallout from many surges and declines. Goldberg hosted a recent webinar with 250 participants along with Marty Kirshner, Partner with Gray, Gray & Gray, LLP and Phil Baratz, CEO of Angus Energy to discuss the many issues that come about with higher propane prices and how to handle them.

“High prices drive a wedge between you and the customer,” Goldberg said. “Price spikes affect cash flow and bank relations, they squeeze margins and put employees on the defensive with customers, they make your company an easy target, and they invite speculation. The chance to mess up rises.”

Baratz listed several factors affecting prices during the past six months. He noted the introduction of the COVID-19 vaccines has been supportive of prices by releasing pent up demand and that supply chain issues have certainly supported prices of most goods throughout the world. He pointed to further bullish factors as predictions of crude oil prices rising to $120 a barrel, pipeline/basis uncertainty compounded by increasing shortage of truckers and components, a permissive interest rate environment allowing for rallying commodity prices and inflation – without interest rate “penalties”, Iranian talks again leading nowhere, retail prices not impacting consumption due to strong personal bank account levels by homeowners, and the concept of being “one event away” from something that can boost prices.

On the bearish side, factors include another variant of COVID shutting down some sectors, regions or countries, OPEC folding to U.S. (and other) demands to increase production faster than anticipated, inflation hitting consumer pocketbooks lowering demand for all fuels, increased use of alternate fuels and “normalization” of demand across the country. The need to hedge and the need to be efficient were stressed by Baratz. He noted the importance of staying in touch with your customers, banks, and suppliers. He stressed the importance of knowing your data and how you are tracking versus your budget.

Kirshner stressed that in an environment with higher prices, cash is king. “Getting cash in the door quickly is key,” he said. “Incentives for credit card payments are useful. It may be worthwhile to give us some margin to get cash in the door faster.” He encouraged a robust collections plan with calls being made beginning 30 days out, not 60 to 90 days. On the payables side, he suggested holding payables as long as possible. “Talking to lenders is important. Most don’t understand our industry but working with a bank to have a line of credit is critical,” he said. “Consider getting cash in the door through contract renewals. Efficient routing is important in this environment.”

Messaging and messaging effectively was a key takeaway from Goldberg as he reviewed what he has stressed with clients during the past three decades. “You can’t just sit there and think customers aren’t sitting home thinking you’re making more money since they’re paying more,” he said. “You cannot be silent about prices. Customers are price sensitive.” He stressed they are less likely to look for a new propane provider if they know you are not benefitting from the additional money they are paying you. In addition, he suggests raising concerns about what happens if they leave you. “It’s important to tell them you’ve been in business for years and will take care of them before new customers.”

“Don’t just send letters,” Goldberg said. “Use email, send multiple letters, use social media and keep multiple messages going out that say you are on their side.”

He does feel increasing margins to compensate for increased costs is justified and necessary for the retail propane marketer. “Bad debt, credit card processing and bank defaults making lines of credit more expensive are all factors that make higher margins necessary,” Goldberg said. Engaging employees is another area that helps with company messaging according to Goldberg. “They get hammered when prices are up. Do a lot of employee training because what comes out of their mouths is important.” He suggested reviewing good answers to questions like, “Why are prices so high?” It is also good to discuss with employees how much they can negotiate with customers. “It may be OK to discount, but its not a good idea to make discounts permanent.”

Goldberg said that studies have shown that many customers may think the company makes more money when prices are up because employees also believe this so educating employees is important. He suggested a letter go out to customers who have a discussion with employees. “Customers will feel good that you responded.”

“Keeping pace with costs is a challenge because you can’t go up across the board,” Goldberg said, noting that fixed prices can’t be changed. He suggests adding a delivery fee which is a good alternative for customers who are riveted on cents per gallon. “Less than two percent will call to complain about a new delivery fee.”

Can you add customers during a price spike? “It’s a good time to go after new business,” Goldberg said. “Make sure to optimize your web presence to show up in searches.” Baratz agreed there is a tremendous growth opportunity during a price spike despite a natural inclination against ramping up customers. “Strategize how you can add customers without adding employees or trucks. Focus where you have a driver and truck that can handle 50 to 100 more customers.”