MAKING THE CASE FOR PROPANE: CRITICAL AMID CLEAN ENERGY MOVEMENT 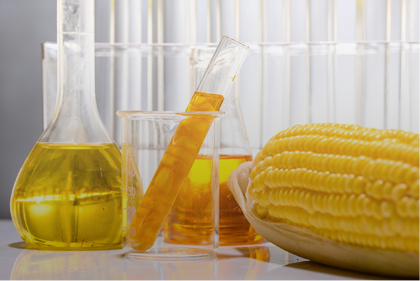 There are headlines in the news media everyday that paint a picture of propane… often as a clean fuel but all too often, propane is portrayed as a product that should be banned in favor of electricity and the battery. The argument against the use of propane as a clean-air solution is based on short-sighted misconceptions that electricity and batteries do not represent any carbon emissions. Mixed information is leading to mixed attitudes and as government leaders around the country take action, it is clear that conflicting legislative results detrimental to propane may come about in cases where leaders are not aware of the full fuel-cycle of various electric and battery-powered solutions.

In late 2021, a new $1.2 trillion law to improve America’s infrastructure, the Infrastructure Investment and Jobs Act, was signed into law and included $9 billion in funding for refueling infrastructure and clean vehicles, including propane, which is identified in the Act as an emerging alternative fuel. Meanwhile, in California, The California Air Resources Board (CARB) recently proposed a ban on Internal Combustion Engine (ICE) forklifts and material handling applications up to 12,000 lbs. of lift capacity. One action involves government leaders providing funding in support of the use of propane to benefit the environment. The other action involves government leaders seeking to ban the use of propane in favor of only using battery-powered and hydrogen fuel cell forklifts.

“The inclusion of propane is a major win for communities across the country, as fleet owners will have multiple alternative fuel options for reducing emissions and transforming their fleets for the better,” said Tucker Perkins, President and CEO of the Propane Education & Research Council (PERC). “With propane, fleets can accelerate decarbonization quickly and affordably.”

Perkins and his communications team at PERC tout propane’s simple, affordable, ready-now equipment ensures energy equity by cutting carbon emissions without the trillions of dollars that will be required to modernize an aging electrical grid and retrofit millions of homes and businesses. They stress that the burden for those upgrades would inevitably fall on those who can least afford it. Propane produces 43 percent fewer greenhouse gas emissions versus electricity.

Propane-fueled vehicles and refueling infrastructure are eligible to compete for the following funding opportunities under the new law:

PERC notes significant benefits in each of the following product categories:
School buses: Propane buses reduce NOx by 96 percent and CO2 by 13 percent compared with diesel buses. They are one fourth the cost of electric school buses allowing for schools to replace their diesel buses faster.

Transit: Propane is often used for medium-duty paratransit vehicles like airport shuttles, vehicles associated with city or county regional transit and delivery trucks. For this type of vehicle, propane has the lowest cost of ownership due to low fuel and maintenance costs. Additionally, there is a 90 percent reduction in NOx and a 10 percent reduction in CO2 compared with diesel-powered medium-duty vehicles.

MEANWHILE IN CALIFORNIA – TALK OF BANNING PROPANE FOR FORKLIFTS

As the nation implements the Infrastructure Investment and Jobs Act, CARB is proposing a ban on Internal Combustion Engines. Responding to the possible California mandate to ban internal combustion engine forklifts in the near future, PERC has released a new environmental comparative analysis comparing greenhouse gas and nitrogen oxide emissions between propane and electric forklifts. According to the research, propane forklifts provide a pathway to decarbonization today.

”Electrification is often touted as the only solution to full decarbonization, overlooking how electricity is generated, stored, transmitted, and consumed,” said Dr. Gokul Vishwanathan, Director of Research and Sustainability at PERC. “A single-energy mandate isn’t sufficient or realistic and the truth is, propane and renewable propane can lead to immediate decarbonization of this sector.”

Regulatory agencies should conduct detailed emissions lifecycle analysis on technologies before considering a ban on specific technologies. An abrupt shift toward zero-tailpipe emission forklifts would be a missed opportunity for accelerating decarbonization using low-carbon, renewable, and blends of renewable and low-carbon fuels.

Optimization of engines and fuels is key to the success of achieving decarbonization and reducing criteria pollutants. This is especially true as fuels and engine technologies continue to innovate, like with the development of high-efficiency engines and renewable propane and blends of propane and renewable dimenthyl ether (rDME).