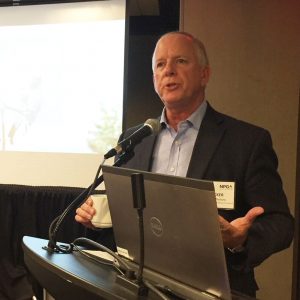 During Winter Storm Uri a little over a year ago and countless other power disruptions created by severe weather, propane has continually proven to be a reliable source of primary and backup power for homes and businesses.

“Electricity is a fundamental resource, and when it’s not available, propane can reliably and safely fill the gap,” said Propane Education & Research Council President and CEO Tucker Perkins. “Propane-powered generators can keep the lights on when the grid goes down, making them an excellent solution for ensuring resiliency.”

According to a study commissioned by the Propane Education & Research Council (PERC) to gauge consumer confidence in the electric grid, 23 percent of the more than 4,000 respondents have purchased a generator over the past two years and 54 percent have considered one.

After going days without power during Uri, the Chappell Hill, Texas, volunteer fire department installed a 1,000-gallon propane tank and standby generator to ensure they can deploy their trucks and power their facility for residents who need a warm, safe place to stay. Other first responders have adopted propane equipment to address an increase in the frequency and intensity of severe weather events impacting the electric grid.

Over the past four decades, extreme weather events have increased, on average, by 4.4 percent in the United States. More than 300 weather events that each caused over $1 billion in damage have hit the U.S. since 1980, with high-impact disasters increasing significantly since 2007. (Source: National Oceanic and Atmospheric Administration)

Resilience measures such as backup power at homes and businesses not only save lives but also offer tremendous economic value. Every year, billions of dollars in economic losses are caused by weather-related electricity outages, which account for more than 70 percent of power outages across the country.

“We encourage city leaders to include propane on their emergency checklist,” said Perkins. “Uri showed us the severe complications that arise when electricity is not available for extended periods of time, and we’re committed to providing a reliable and affordable energy source for all Americans.”

Approximately 5 percent of American households use propane for primary home heating, and millions more use it for cooking, water heating, clothes drying and more. Many homeowners and businesses are investing in standby generators. The Propane Council reported a roughly 18 percent increase in commercial customer growth since 2018.

Propane suppliers across the country are also partnering with solar developers to build resilient microgrids that allow communities to meet their electricity needs independent of the grid. In Truckee, California, a field station can cut ties with the electric grid during wildfire season and receive power from a microgrid powered by a propane generator, solar panels, and a battery.

An abundant supply of propane is available in the United States, and it can be easily transported and stored indefinitely. Propane is identified as an approved clean energy source by the Clean Air Act, and the 2021 Infrastructure Investment and Jobs Act calls it an emerging alternative fuel.