PRICES ARE HIGHER, BUT COULD REDISTRIBUTION OF PROPANE HAVE PRICES BEARISH BY NEXT SEASON? 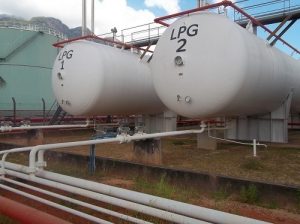 After discussing with Twin Feathers’ J.D. Buss last week the bullish factors that could keep prices high, this week Trending in Propane talked to Allan Degenhardt and Jeff Thompson of Propane Resources about the potential for bearish factors in the world propane marketplace.

“A decision by Russia to move out of Ukraine could certainly be bearish and help the global economy improve,” Degenhardt said. “No one knows for sure what will happen, of course. Other bearish factors include a new COVID-19 variant impacting China and President Biden’s announcement of plans to release the largest amount of oil ever from the Strategic Petroleum Reserve.” Last week on Thursday, Biden announces plans to release 1mmbbls per day for the next six months, a move coordinated with other nations to move tens of millions of additional barrels into the market. Biden also called for a “use it or lose it” policy regarding unused and approved oil permits saying that those sitting on unused leases and idle wells will either need to start producing or a pay a price for their inaction. Degenhardt also noted a bullish factor, two recent attacks by Yemen on Saudi Arabia airfields with drones.

Thompson said the Russia-Ukraine war will not dramatically change the amount of available barrels, but will greatly impact the distribution of propane and how propane barrels are moving around the world. “Discounts of $30 offered to India by Russia could cause India to start buying from Russia instead of Saudi Arabia.” OPEC met last Thursday and confirmed they are staying with existing plans to gradually increase production. OPEC concluded that “the outlook pointed to a well-balanced market, and that current volatility is not caused by fundamentals, but by ongoing geopolitical developments.” A similar conclusion was made at the beginning of March when prices were moving up fast following the beginning of Russia’s attack on Ukraine.

“A reduction in volumes needed from the U.S. could cause a backup of propane in the U.S.,” Thompson said. “If we are going into next winter with 100mmbbls of propane, we could seen propane’s percentage to crude move down from 55% of crude to 35% of crude. That would be around 85 cents per gallon.” Thompson believes $1.00 to $1.10 per gallon propane would be a good place to start buying, but he stressed, “If you’ve sold gallons, cover them.”