By Pat Thornton, Publisher of Trending in Propane 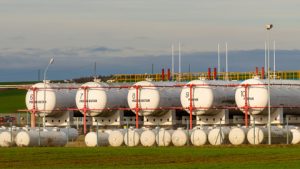 It seems the answers to customer questions about propane are changing fast as the environmental messaging evolves and new technology makes propane more and more environmentally friendly, especially with the introduction of renewable propane. Trending in Propane will continue to share various messages presented by Tucker Perkins, President and CEO of the Propane Education & Research Council as well as industry leaders on a regular basis because the industry will succeed not just because Perkins does a good job of sharing the message, but because a larger and larger number of industry members become good at actively sharing the message. For the past several years, Perkins has said environmental messaging has occupied more than half of his typical work day. Convincing people that the road to lower carbon emissions is not just a path to electrification is a long-term battle we must all fight. This recent podcast by Energy-Cast Podcasts features a recent interview with Perkins and is a good “Propane Environmental Messaging 101” that can serve as an example for all of us as we discuss propane’s role in the path to zero emissions.

The podcast can be found by clicking Here.

Below is an intro to the podcast. 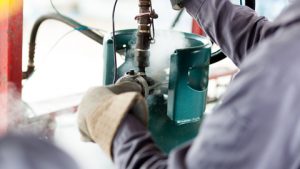 Most of our knowledge about propane ends at the backyard grill—or Hank Hill. But my guest says propane deserves a larger role in our clean energy future.

Tucker Perkins is President and CEO of the Propane Education & Research Council, a nonprofit based in Washington, D.C. As the largest consumer and producer of propane, Tucker says the United States is poised to take on a larger leadership role.

“America uses the most propane, but almost every country has a strong reliance on propane,” says Tucker. He cites countries like Turkiye, Poland, and Japan, who lean on propane more heavily for transportation fuels.

Back in the U.S., Tucker says companies like UPS have been using propane since 2014. There are over 1,000 propane school bus fleets around the country. A recent study from PERC showed that 23,000 teachers could be hired from fleets switching from diesel to propane.

“I’ve heard 20 or 30 [school fleet operators] talk about how thankful they are that they’re using propane because their prices are way under $2 a gallon, while their diesel fleets could be $4 or $5.” 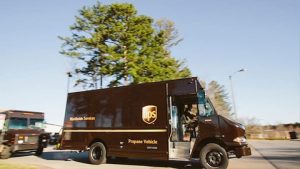 Historically derived from crude oil, most propane in the U.S. has been produced from natural gas since 2011. Though propane prices follow gasoline, diesel, and natural gas, Tucker says propane prices have never been higher than these other fuels, nor experienced price spikes as sharp.

I was curious about propane for fuel cells, and “green” or renewable propane. Tucker says both are a strong part of propane’s future. He believes as much as 50% of the world’s propane (from crops or animal fats) could be renewable by 2040.

Environmentally, propane has a Global Warming Potential (GWP) of 3, compared to 27 for methane/natural gas.

“For me, there’s a frustration that the common narrative is that there’s one path to a cleaner climate, and that’s this narrow path through electrification,” says Tucker. “Today, propane is almost half as [carbon intensive] as the electric grid of today.”