PERKINS ON FLANIGAN’S ECO-LOGIC: PROPANE AND ITS ROLE IN THE FUTURE OF CLEAN ENERGY 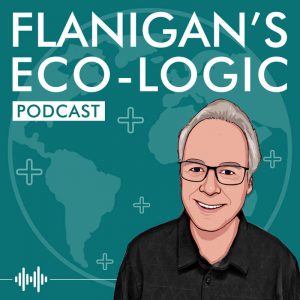 Recently, Tucker Perkins, President and CEO of the Propane Education & Research Council (PERC), spoke with Ted Flanigan of Flanigan’s Eco-Logic about propane’s many uses and benefits, and the important role propane has to play in the future of clean energy.

Perkins unpacks propane, from its sources to its many applications and environmental attributes. He explains its widespread use in over 6 million American homes for heating; it’s not just for barbeques, Zambonis and forklifts! In fact, “Autogas,” as it is called abroad, is used worldwide in cars and buses and trucks.

The U.S. alone has 15 billion gallons a year of excess propane, also known as liquid petroleum gas, which is exported. Unlike natural gas, and its pipelines and distribution system that leaks the highly potent greenhouse gas, methane, propane has no methane, burns clean, and thus we learn, is a preferred fuel in many applications.

For those who, like many who work in the propane industry, are asked a lot of questions about propane’s chemical makeup, its many uses and its role in the future, the details of this discussion are very useful.

Listen to the full #podcast here