The Propane Education & Research Council responded regarding a rebuttal by Stan Cross, Electric Transportation Policy Director at the Southern Alliance for Clean Energy op-ed in The Tennessean. Stan Cross made several incorrect statements in his rebuttal to Mr. Perkins’ op-ed, including: 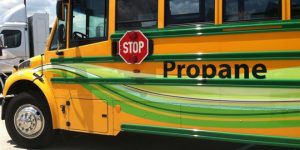 a) He focuses on propane being a fossil fuel, a categorization intended to lump what is a very clean energy in with a host of others that are not. When it comes to carbon intensity, the only way to get cleaner than propane is by using renewable propane.

c) Battery electric school buses don’t have any tailpipe emissions, but the mineral-dense battery packs required for school buses contain rare metals that are strip-mined in politically unfriendly countries by diesel-powered equipment. Also, for many years to come, electricity in the state will still be produced by fossil fuel burning plants.

d) Cross admits battery electric school buses have a higher upfront cost; it’s about $200,000 more expensive for each one. Not only are propane buses cheaper, they have four times’ longer range than electric buses, and on-site refueling stations can be installed at low or zero cost with a long-term fuel contract.

Battery electric buses don’t eliminate emissions; they simply move those emissions upstream to generators often located near vulnerable communities. Cross waves this inconvenience off, telling us that years from now, the TVA-powered grid will be cleaner. Where’s the logic when the urgency for decarbonization is now?