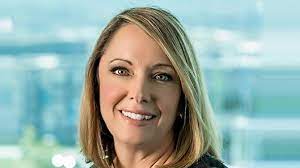 he National Propane Gas Association (NPGA) and UGI Corporation are pleased to announced that Michelle Bimson Maggi, Vice President of Law – AmeriGas, has been appointed the first woman to chair NPGA. AmeriGas Propane, the nation’s largest retail propane marketer, is a subsidiary of UGI Corporation.

“On behalf of UGI and AmeriGas, I am thrilled to congratulate Michelle on her new leadership role within the NPGA,” said Paul M. Ladner, President – AmeriGas. “This appointment is a testament to Michelle’s hard work and dedication, her passion for advocacy and her extensive knowledge of the propane business. We are proud to have Michelle and AmeriGas as a leading voice in our industry.”

“I am honored to have been selected as Chair of NPGA,” said Ms. Bimson Maggi. “I look forward to working closely with the NPGA leadership team and our 2,400 members to expand NPGA’s advocacy, education and diversity and inclusion efforts. The propane industry, powered by more than 57,000 American workers, is a critical part of our nation’s economy. We can use our collective voice to convey to the public important messages about the benefits of propane – and to advocate for how propane companies make positive contributions to the environment.”

As AmeriGas’ VP of Law, Ms. Bimson Maggi is responsible for advising the Company on legal, risk management, industry and political matters. She has held positions of increasing responsibility in the UGI/AmeriGas Law departments since she joined the Company in 2007, including Associate Counsel, Counsel, Senior Counsel and Group Counsel. She is a founding member and a current leader of UGI’s Women’s Impact Network (WIN) employee resource group. Earlier in her career, Ms. Bimson Maggi worked as a litigation associate at Blank Rome and Reed Smith. She is a graduate of the Widener University School of Law in Wilmington, Delaware, and holds a Bachelor of Arts in government and politics from the University of Maryland, College Park.

“Michelle is a modern leader and the perfect fit to chair NPGA,” said Stephen Kaminski, President and CEO of NPGA. “She’s a strategic thinker, a champion for propane, and an ardent advocate for driving the industry forward. I am excited to work hand-in-hand with her.”

AmeriGas is the largest retail propane marketer in the United States, with more than 1 billion gallons sold annually to 1.4 million customers in all 50 states from approximately 1,600 locations. More information about AmeriGas is available at https://www.amerigas.com.

UGI Corporation is a distributor and marketer of energy products and services. Through subsidiaries, UGI operates natural gas and electric utilities in Pennsylvania and West Virginia, distributes LPG both domestically (through AmeriGas) and internationally (through UGI International), manages midstream energy assets in Pennsylvania, Ohio, and West Virginia and electric generation assets in Pennsylvania, and engages in energy marketing, including renewable natural gas in the eastern region of the United States and California, and internationally in France, Belgium, the Netherlands and the UK.

Comprehensive information about UGI Corporation is available on the Internet at https://www.ugicorp.com.

The National Propane Gas Association (NPGA) is the national trade association representing the U.S. propane industry. NPGA’s membership includes small businesses and large corporations engaged in the retail marketing of propane gas and appliances, producers and wholesalers of propane equipment, manufacturers and distributors of propane gas appliances and equipment, fabricators of propane gas cylinders and tanks, and propane transporters. With more than 2,400 member companies in all 50 states, the association represents every segment of the propane industry. NPGA’s mission is to advance safety and to increase the use of propane through sound public policy.