“Victory’s is a remarkable business and is further testament to our desire to grow by aggressively pursuing and acquiring well-run propane companies that fit our strategic model,” said Lettermen’s Chief Executive Officer Steve Wambold. “Victory has a well-earned reputation for growth, safety, and overall excellence. This is a great operational fit for us and we’re proud to welcome everyone at Victory to Lettermen’s.”

Victory’s area of operation, which include its headquarters in Northbrook and field offices in Cleveland, Toledo, and Dayton among others, provide an excellent complement to the LEH’s already robust Midwest presence and position the company well for further expansion.

“Lettermen’s approach toward owners, its emphasis on continuity for the entire Victory team, the value of the legacy of our brand, and its focus on our customer/employee relationships made us confident that this is truly the right fit for the entire Victory Propane family,” says Gregg Falberg, co-founder of Victory. “We know our people will be in good hands, and we look forward to helping Lettermen’s grow.” 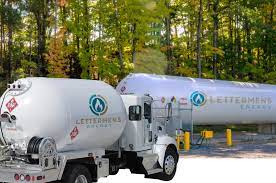 Headquartered in Kansas City, Lettermen’s Energy Holdings has acquired several local and regional brands since its formation in 2021, quickly becoming one of the fastest-growing consolidators in the American propane industry. With the addition of Victory, Lettermen’s offers service to more than 30,000 residential, industrial/commercial, agricultural, and autogas customers in fourteen states. More information is available at www.lettermensenergy.com.