* $7 billion available in the propane industry from the Federal Infrastructure Investment and Jobs Act, a record amount.
* NPGA petition results in FERC Five-Year Index reduced for a savings of 3.23 cents per gallon against the prior five years.
* 42-State Regional Hours of Service Waiver – Largest declaration ever
* A U.S. Supreme Court stay on vaccination and testing plus face covering for companies with 100+ employees.OSHA has withdrawn the mandate.

Other successes include:
* the U.S. House passing a version of the Build Back Better plan version including a five-year extension of alternative fuel tax credit plus incentives for renewable propane production
* Appropriations since 2019 including over $20 million in DOE R&D research and funding
* Appropriations for FY23, requesting $9 for rPropane, vehicle engine tech, microgrids and micro-CHP systems
* Site visits hosting 18 Congressional site visits in the 117th Congress, with more planned for the summer 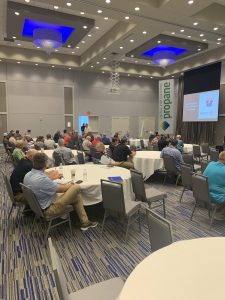 Kaminski said the anticipated results of 2022 Congressional Mid-Term elections are that the Republicans will take control of the U.S. House of Representatives and the Senate could go either way with a likely very slim margin. An adversarial relationship is expected between the House and the Executive Branch, increased Congressional oversight of White House activities is expected, more legislation will stall as only “must pass” bills will be considered (Appropriations, debt ceiling and key authorizing bills) and a divided government will provide a backstop against the federal electrification movement.

Protecting the industry with laws requiring energy choice have been passed in 21 states which represent 38% of all U.S. gallons. Passage is expected in Pennsylvania this year which will take the protected gallons to 42% of U.S. gallons. 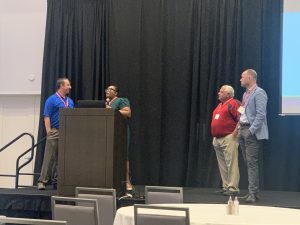 A supercharged Municipal Proposal Tracking System has been implemented which drills down daily to proposed Municipal actions.

In other news, Kaminski stated that Ferrellgas is rejoining all associations and there is likely to be Federal legislation mandating DOE to investigate creation of a federal strategic propane reserve. He stated that the Biden Administration has declared war on the gas appliance industry and is using appliance efficiency standards as a backdoor to ban gas before Biden’s term ends. He said that site-based efficiency standards will be will be used that propane and natural gas can’t realistically meet. Residential furnaces, residential and commercial water heaters and hearth products are among products that could be affected. “NPGA is fighting feverishly,” Kaminski said. “We will seek a site-to-source shift in setting efficiency standards.”