In 2019, the New York Legislature quietly passed the most radical climate change legislation in the country — the Climate Leadership and Community Protection Act (CLCPA). Then Governor Andrew Cuomo committed the state to extraordinary reductions in carbon emissions that would affect every aspect of life in New York. These included:

Conveniently, the law didn’t specify how these changes would be achieved or how much they would cost. That would be left to a Climate Action Council (CAC), which would be given two years to evaluate options and put forth its “scoping plans.” The law did pack a hell of a punch, however. It empowers any citizen to sue the state if the goals are not met. This is the playbook we see not just in New York, but in multiple blue states. 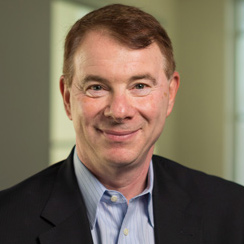 Fast forward to December 2021. The CAC released three proposed “pathways” for public comment. Even though propane has always been one of the cleaner traditional fuels, it is marked for extinction, along with natural gas, heating oil and gasoline.

Among other things, the plans would:

Bill Overbaugh, the executive director of the New York Propane Gas Association (NYPGA), characterizes the plans as reverse engineering on steroids. They started with the goals of the law and figured out ways it could happen regardless of the practical realities and costs of the plan. The plans assume a best-case scenario for technological breakthroughs and include little detailed analysis of cost. To make the cost and benefits equal out and avoid outcry, the council projected benefits, such as:

* $35 to $50 billion in health care savings because people are going to walk more
* $255 billion in savings because New York would avoid climate change costs even though New York accounts for less than one-half of 1% of global climate emissions
* The double counting of carbon reduction benefits using formulas that only New York State has used to calculate these benefits and costs
* $7 billion in savings from avoiding trip hazards, for example: when people add insulation or other energy-saving measures to their homes, they will then fix things that caused them to trip and go to the hospital

It may strike us as absurd, but no one is laughing. In fact, precious little scrutiny has been given to this 1,000-page document, especially among the political class that wants to please voters’ thirst for climate action or the media that overwhelmingly supports it. Typical New Yorkers don’t have a clue of what’s in store for them. After a six-month public comment period (ending July 1), the plans will be finalized and submitted to the new governor for implementation and modification at the end of 2022.

Mobilizing the Industry to Fight Back

Faced with a “clear and present danger” to its future, NYPGA leadership decided that this battle could not be won by simply lobbying friendly legislators. Matt Meehan of Mirabito Energy, who was vice president (VP) of the NYPGA board and headed its marketing committee, said, “We didn’t feel we had a choice. We were not going to go down without a fight. And I remain hopeful that sanity will prevail if we buy enough time.”

The board looked at the “Smart Heat New Jersey” campaign that my firm (Warm Thoughts Communications) was running in neighboring New Jersey on behalf of the Fuel Merchants Association (FMA). New Jersey’s governor, Phil Murphy, had announced a new “energy master plan” that included forced conversion of every home to heat pumps. FMA leadership decided to go all in with a statewide advertising campaign leading up to the 2021 elections.

FMA members built a war chest of $1.2 million — approximately half from member donations and half from their rainy day fund. The goal: alert the public to the true implications of the plan, generate thousands of letters to legislators and the governor advocating a broader path than electrification, and turn the master plan into a matter of debate, not a done deal.

Warm Thoughts put together videos, TV ads, social media and digital display ads that reached millions of people in the state. We characterized the mandate as a new heat tax. Many heating oil dealers engaged their customers to support the cause. We generated more than 14,000 letters in just five months. The heat pump mandate became a topic in the gubernatorial debate. Bipartisan legislation overwhelmingly passed in the Democratic-controlled Senate to pause the conversion mandate until a true accounting of the costs could occur (though it died in the Assembly). Governor Murphy barely won reelection after leading polls by double digits. While the fight is far from over, we clearly changed the political calculus around this issue.

In New York, the landscape, resources and objectives are somewhat different, but many of the same lessons apply. First, as in New Jersey, we realized this is not a fight propane can win alone; we are too small a percentage of the energy mix. We needed to make this a battle over “electrify everything” and attract natural gas, heating oil and wood-burning voters to the cause.

Our goal is to educate the public and activate a community of resistors who would voice their concerns loudly enough to open the ears of moderate Democratic officials. As in New Jersey, our voter polls showed that New Yorkers overwhelmingly supported the goal of reducing carbon emissions and transitioning to electricity.

But they knew very little about the actual plans. Their support dropped dramatically when they were confronted by the potential for higher energy costs, increased power grid vulnerability, forced expensive conversion to heat pumps, carbon taxes, etc.

The NYPGA board formed a small steering committee called the CLCPA committee that I facilitated in the early months as we put together our game plan. Here were the key priorities:

* Mitigate the worst possible outcomes by avoiding outright bans on propane and minimizing the impact of carbon taxes and equipment surcharges.
* Broaden the pathway so that traditional fuels like propane, heating oil and natural gas — which are becoming increasingly renewable — can help reduce carbon emissions at a fraction of the cost and disruption of total electrification.

Our Strategy
We charted a two-pronged strategy. On one hand, we would continue to promote the benefits of propane as part of a reduced carbon future, with Propane Education & Research Council funding and messaging playing a big role in that. It would be an important part of our lobbying effort. But we knew it would only matter if we changed the political calculus and opened Democratic ears so they would listen to our story. To that end, we would run a much larger, aggressive, fuel-neutral campaign aimed at slowing down the CLCPA electrification freight train. This depended on raising money from propane companies and associate members.

We needed to engage the public on a large scale, not just in propane country, but throughout the state. We needed their anger and worry to foreshadow the costs politicians would incur if they continued down this narrow electrify-everything path. Only then would they open up to us as part of the solution. We called the campaign Smarter NY Energy (smarternyenergy.org). Our hope was that we could attract other allies under that umbrella, but we were willing to go it alone if need be.

Find out the campaign results: Next month, we’ll cover the results of this campaign so far and how the team is adapting its approach moving forward.

Rich Goldberg is president of Warm Thoughts Communications, a marketing firm serving hundreds of propane and heating oil companies and associations nationwide. He is a 30-year industry veteran and a highly regarded speaker. He can be reached at rgoldberg@warmthoughts.com.