ENERGY FOR EVERYONE – INCLUDING FORMER PRESIDENTS 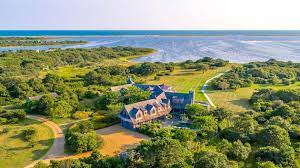 Once word got out that a Martha’s Vineyard property owned by Barack and Michelle Obama recently got permission to install propane tanks, some news outlets, including the Washington Examiner and the Daily Caller, seized on the story as an example of environmentalist hypocrisy. How could clean energy advocates like the Obamas use propane?

But let’s get a few things straight. Propane is cleaner than grid electricity in many states, including Massachusetts, where two-thirds of the state’s electricity comes from natural gas and where utilities still use other, dirtier petroleum fuels to meet peak demand in winter, according to the U.S. Energy Information Administration.

The electric grid is notoriously inefficient in Massachusetts and everywhere else, and only about a third of the energy created by burning fossil fuels at a power plant ever reaches homes and businesses. About two-thirds of it is wasted, creating a lot of unnecessary carbon emissions. In contrast, propane’s source-to-site efficiency is nearly 90 percent.

Propane offers other important benefits, too. Unlike gasoline and diesel, it cannot contaminate soil and groundwater in the unlikely event of a leak. And unlike natural gas, propane is not a greenhouse gas. That means that an unintended release of propane won’t contribute to climate change.

Propane’s emissions profile is clean. It produces fewer carbon emissions than nearly every alternative in most applications. More than 22,000 school buses nationwide (including hundreds in Boston and other parts of Massachusetts) run on propane, largely because propane buses produce near-zero emissions of particulate matter and nitrogen oxides. Across the country, hundreds of thousands of forklifts run on it, in part because they are safe to use indoors and out.

It’s no surprise then that clean energy advocates like the Obamas would choose propane. And they’re not alone. Millions of American households use it every day for heating, cooking, water heating, clothes drying, fire features, standby power generation — you name it. That’s why we like to call it energy for everyone.